After an OK finish at the National Triathlon Championship the weekend before, I was determined to prove to myself that I was having an off day and that I have raced better before.  I did the 3 Rivers race last year as part of my learning experience and it is a good race, but challenging with lots of hills on both the bike and run!

The race was blessed with great weather and a good turnout.  Corey Lake is nice and warm with a shallow bottom so you can see it during some of portions of the swim.  Plus the event planner and volunteers are top notch.  The swim start was way less stressful than the nationals the previous week.  I tried to stay with the lead swimmers to catch a draft because I knew they would be faster than me.  But I was only able to make it to the first buoy before they started to pull away, so the swim was fairly uneventful as I swam alone.  I finished the swim just under 28 minutes.

The bicycle section of this race is notoriously hilly.  I chose to use my new HED rear disc wheel in hopes that a faster downhill would help offset the added weight of the disc wheel during the climbs, which I believe it did.  I also modified my wheels to use World Wide bearing’s ceramic bearings and Poldyn lubricants.  I believe this combination gives me a great advantage when it comes to the bicycle leg of triathlon races.  And my overall top speeds generally support that.  Plus it’s just really fun to watch the wheel spin continuously when the bike is on the rack.  I was able to maintain a decent pace for this hilly course with an average speed of 20.3 mph, which is 2/10 of a mile an hour faster than last year’s pace and was the 5th fastest bicycle average.  And this was even after one of the corner workers almost caused myself and another rider to crash at one of the corner intersections that we were supposed to turn on.  Another athlete had crashed in that corner and they were not paying attention to the other athletes still on course.  I decreased my time by almost 2 minutes from last year with a 1:13 ride.

And then came the run, this is where I really struggled the previous weekend at the nationals.  But I learned a few tricks and put them to good use in this race.  Although I did try to run out of the transition the wrong direction.  So between this little mishap and the one on the bike, it cost me about 30 seconds grand total.  And if this race would’ve been larger it could meant the difference between first and 2nd place.  I was very happy to maintain a 7 min. per mile average over the 10k which was 14 seconds a mile faster than last year.  For this hilly course I was really happy with that pace.  My Timex global trainer GPS watch worked great the entire time and allowed me to monitor my pace easily.  I was very happy with this overall result during the run but the uneven surface of the road injured my left ankle.  I believe it is nothing more than a strain and hopefully will be healed within the week.

So with my overall times faster in each segment from the previous year I was able to have a personal record for this race course by more than 3 minutes.  This also netted me first place in my age group and an overall time of 2:28.  In every race this year I have been able to improve upon my times because of better equipment and more practice and skill.  I have also podium and in my age group at every single race, with the exceptions of the nationals.  But I think a podium in next year’s nationals should be obtainable!

Thanks to all the sponsors and everyone who came out to cheer on all the triathletes!  And thanks to Aquaman for putting on a great race and having blueberry pancakes for us at the end!!!  Look forward to next year. 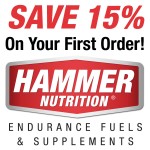